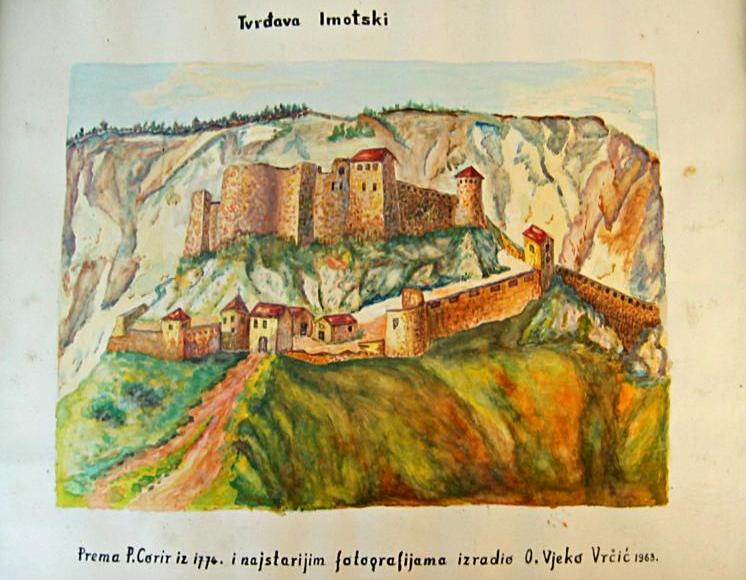 Do not act as if you were going to live ten thousand years. Death hangs over you. While you live, while it is in your power, be good.” – Marcus Aurelius

Being that my family comes from Imotski, this blog post is a very special one. My grandmother (Baka Điva as we called her) first shared the story with me during one of my childhood visits.

She told me lots of stories, mostly to keep me from falling into a well, or getting kicked in the head by a donkey.

My Baka Điva passed 10 years ago. In honor of her memory I dedicate this post to her.

According to local legend, long ago there was a rich man named Gavan who lived in Imotski with his wife and kids.

While wealthy in riches his heart was empty.

Gavan’s traits were far from admirable. He was greedy, proud, ruthless and callous; especially toward the poor.

Gavan’s wife was equally mean and cruel. She sneered and ridiculed the poor; mocking them with great disgust, before shunning them from her palace.

Legend goes on to say that God sends an angel disguised as a poor man to visit Gavan and his wife.

The angel goes to Gavan’s palace and pleads in the name of God, for a crumb of bread. When Gavan sees the poor man, he becomes angry. Gavan threatens to free his dogs to tear apart the poor man, should he refuse to leave. The angel leaves and goes off to find Gavan’s wife who is at the 2nd palace.

Pleading and begging for bread, again in the name of God, the angel is rebuffed by Gavan’s wife. With a look of disgust she replies “I don’t have need for your God, while I have my Gavan!”

The beggar then reveals himself as an angel sent by God.

Lightning starts shooting from the sky. The ground violently shakes. The earth opens, swallowing Gavan, his family and entire palatial estates. All that remained were 2 abysmal holes that filled with water. One Red, the other Blue.

That’s it. End of story.

There was an error retrieving images from Instagram. An attempt will be remade in a few minutes.